The Casa de Memoria lifestyle provides an opportunity to avail of select pieces on auction that adds depth to character for any home. Four distinct pieces call to us as we prepared the catalogue. This anniversary auction supports the construction of the emergency quarantine facility (EQF) at Sta. Ana Hospital, Manila.

Inspired by the Grey Room at the Palacio is an ebonized and ormolu-embellished commode, with Pietra dura vegetal elements in Napoleon III style (Lot 011). From late 19th century France, Napoleon III Pietra Dura Commode is one of the most outstanding items for Segundo.

To complete the look is a set of Carlos IV chairs (Lot 020). These six Neoclassical side chairs are carved, painted, and gilded beech with provenance from late 19th century Spain. 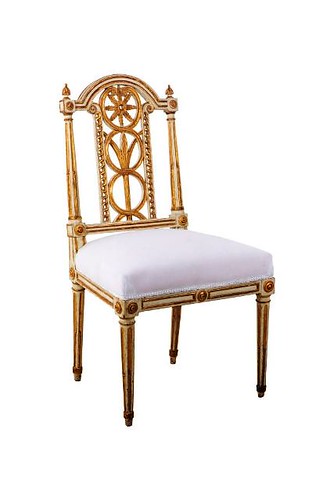 The team highly recommends a Spanish neoclassical sofa (Lot 019) carved and prepared in gilded beech. This reproduction, following one in the Palacio del Nuncio in Aranjuez, is embellished with églomisé, reverse paintings on glass. 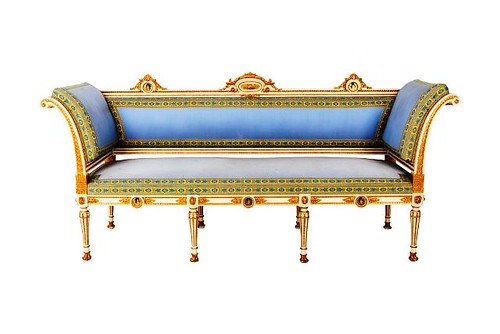 The settee is complete with a Miguel Stuyck wool carpet dating from 1922 (Lot 056). Stuyck traces his legacy ten generations back to the Belgian national Jacobo Vandergotten, with whom King Philip V tasked the creation of Spain’s first carpet factory in 1720, the Real Fabrica de Tapices. 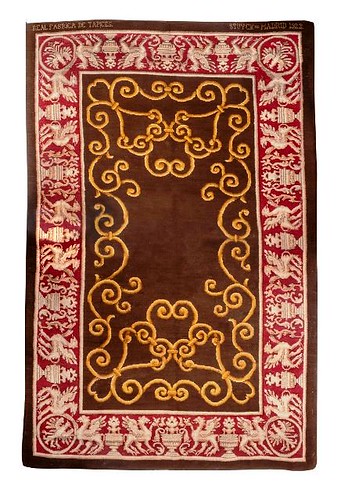