The street term “Solb” even my youngest boy knows it coz he heard it from his friends though hardly uses it inside the house. But to many Pinoys, it refers to the state of being truly satisfied especially with one’s great-tasting meal that they get to eat the way they want to.

Starring Mang Inasal endorsers Coco Martin and Angel Locsin, the 30-seconder starts with a scene where Coco and Angel are each leading a group of hungry diners to a Mang Inasal store. 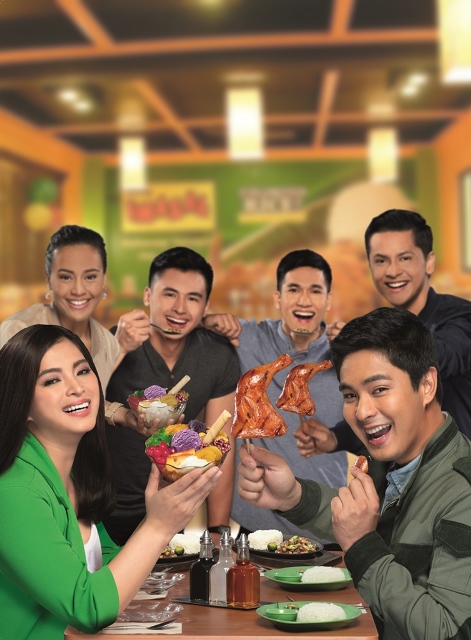 Although having different quirks when enjoying their food, these groups converge in their number one destination for delicious, satisfying food: Mang Inasal.  Together, they are known as the Samahang Solb.

The 30-seconder ends with a scene showing the three groups all seated in one long table, celebrating a toast with their Mang Inasal favorites, as Coco and Angel speak out “Solb sa sarap! Solb sa saya!”

According to Mang Inasal Marketing Head Aileen Natividad, their latest catchphrase perfectly captures the quick service restaurant’s brand promise, that is, to satisfy every Pinoy’s desire to be “solb” or to have their hunger satisfied with a filling meal that they can eat the way they want to.

“One sure way to be solb is to go to a place like Mang Inasal where we can eat our favorite meals the way we love to, that is, nakakamay, nagsisimut-sarap, crunchy kumagat (with our hands, finishing it to the last few bits, or with a loud crunchy sound), or whichever way we prefer,” she said.

Mang Inasal serves the country’s No.1 Chicken Inasal and other favorites like Pinoy Halo-Halo, Pork BBQ, Pork Sisig, Bangus Sisig, Palabok, and Lumpiang Togue.   No matter which group you belong to, Mang Inasal simply has what it takes to make you Solb sa sarap! Solb sa saya! Bring your friends now to any of Mang Inasal’s over 500 stores nationwide!