Ever-supportive parents, relatives, mentors, and other kids filled the SMX Aura Convention Center with cheers and applause as they witnessed future artists, dancers, musicians, ballerinas, and actors conquer the stage. Seasoned actress Dimples Romana, who has been hosting Promil Four’s i-Shine ever since its beginning in 2009, once again  had the honor of hosting the recital.

To begin the celebration, members of the Art Camp, under the mentorship of Teacher Robert Alejandro of Papemelroti and Teacher Kara of Masterpiece Movement, cultivated the value of Imagination through creative exploration and self-expression as they showcased a lovely mural & tunnel that they worked on during their workshop. 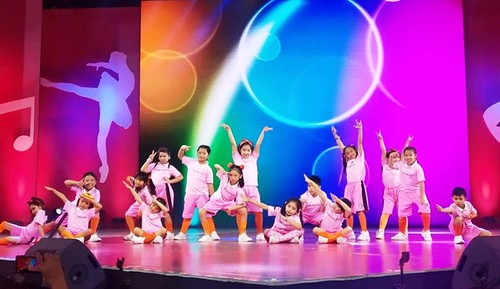 Next, participants of the Dance Camp, mentored by G-Force choreographers and guided by Teacher Georcelle Dapat-Sy, brought the house down with both beginner and intermediate hip-hop moves. Through sequences of steps, rhythmic patterns, thumping beats, and awesome formations, each Promil Four i-Shiner explored and found a passion for dance. The value of Teamwork was incorporated as an important part of their learning during their workshops, allowing them to work together while also expressing individuality in their performance.

Meanwhile, the little ballerinas melted the audience’s hearts because of their frilly tutus and satin ballet shoes. Personally taught and led by Prima Ballerina Lisa Macuja-Elizalde of Ballet Manila, the little ballerinas demonstrated poise and grace with their smooth and delicate movements. With the help of Promil Four i-Shine7 Ballet Camp, the little girls learned the value of discipline that they will take with them beyond the workshop.

Next, the Theatre Camp i-Shiners showed off their confident, gregarious, and versatile selves on stage. One of the Promil Four Theater camp i-Shiners’ performances was the popular fable “The Boy Who Cried Wolf,” directed by Coaches from Trumpets Playshop. Through imagination and creativity, as well as embracing the arts in all its forms, the Theatre Camp took a step closer towards creating well-rounded, confident, and versatile kids.

Members of the Music Camp showcased their gift through a lively performance of voices and instruments in perfect harmony, guided by National Artist, Maestro Ryan Cayabyab. While the kids learned new musical lessons, they were also imparted with improved skills, confidence, and an increased awareness of the learning and leadership needed to thrive in life. 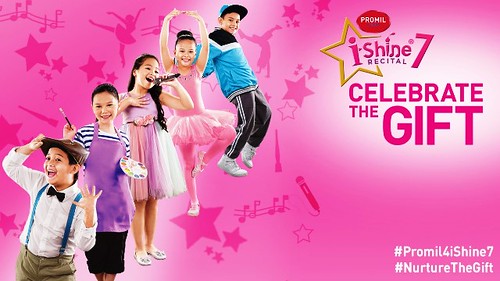 Promil Four’s i-Shine 7 Camps ran from April to May 2019.  This year’s camp locations expanded beyond Metro Manila with the addition of Batangas, Cebu, and Davao. Promil Four, as part of its commitment, continues to encourage parents to nurture their children’s gifts, not only with expert guidance, but also with proper nutrition. The New Promil Four’s Nutrissentials are now made even better with Oligofructose, to help support proper growth and mental development. For more information, visit https://www.promilnurturethegift.com.ph/promil-four-nutrissentials

Promil Four is committed to its mission of nurturing the gift in every Filipino child. In partnership with experts, Promil Four’s i-Shine Talent Camp 7 helped instill in the participants’ values such as imagination, teamwork, versatility, discipline, and harmony –  to help them shine not just on stage, but in real life as well.

Since 2009, Promil Four’s iShine Talent Camp has continued to evolve in helping mothers nurture the gift of their children by providing experts in various fields who personally design the summer talent camps for the children. Promil Four’s philosophy instills the importance of not only proper nutrition but also proper parenting and continuous guidance to fully support a child’s proper growth and mental development to nurture the gift.