Pexels, the multimedia library dedicated to sharing diverse, free stock photos and videos, announced that it has made a major update to its algorithm to increase visibility of content that celebrates the LGBTQ+ community. This announcement follows Pexels’ previous partnership with Nappy in March of 2018 to highlight photos representative of diverse cultures and races. A company that values inclusivity at its core, Pexels has been on a mission to improve its search results to provide more well-rounded offerings since it launched in 2014 and was later acquired by Canva in 2018. Now, in light of Pride month, Pexels is permanently adjusting its algorithm for all relationship-based search keywords to deliver more diversity across genders and sexualities, giving presence to all types of relationships.

END_OF_DOCUMENT_TOKEN_TO_BE_REPLACED

Father’s day is only a day away and if you have not gotten a present for your dad yet, don’t fret. Bank of the Philippine Islands (BPI) has special treats that you and your father will love.

END_OF_DOCUMENT_TOKEN_TO_BE_REPLACED

To promote the good health and well-being of mothers and their unborn child through safe pregnancy and delivery, the SM Cares Program on Women and Breastfeeding Mothers will be holding an event entitled “Mama’s Lullaby, A Musical Event for Expecting Mothers”. This is in support of the United Nations Sustainable Development Goal number three (good health and well being) to ensure healthy lives and promote well-being for all, at all ages.

END_OF_DOCUMENT_TOKEN_TO_BE_REPLACED

Local elections will be in a few days, but this particular election must come first because it involves someone we truly love, adore and respect – our Moms! Let’s prioritize her on Mother’s Day and #VoteForMom so she can have a day filled with fun, laughter, and love! Better yet, bring her to any SM Supermalls near you and bond with the whole family.

END_OF_DOCUMENT_TOKEN_TO_BE_REPLACED

Sharing a meal with the people you love the most is an incomparable feeling especially for the Muhlach family.

In their latest Jollibee commercial, the celebrity family once again reveals a side that many Filipino families can relate to. We see Aga, Charlene, and their twins Andres and Atasha sharing a bucket of their favorite Chickenjoy while talking about their day and what truly matters for them: the love of family.

END_OF_DOCUMENT_TOKEN_TO_BE_REPLACED

With over a decade of bringing life to the true meaning of Holy Week through the “Walkway: Reflections on the Stations of the Cross” exhibit, Bonifacio High Street together with Church Simplified once again rolls it out from April 14-21, 2019 with this year’s theme focusing on how Jesus lived during the Roman rule.

END_OF_DOCUMENT_TOKEN_TO_BE_REPLACED

Pinoys love to eat especially with family and friends. It’s how we bond, talk endlessly about things that matter, as well as create wonderful memories. We even cherish moments such as grocery shopping with the whole fambam. That’s why for practical moms out there, Jolly Claro Palm Oil shares budget-conscious secrets beginning with proper planning to smart grocery shopping that is guaranteed to set up your healthy-eating to success.

END_OF_DOCUMENT_TOKEN_TO_BE_REPLACED

It’s a proven fact that children who are showered with love and affection at home will grow up better persons, with the same unconditional love for their future families. Nothing compares to the joy-filled moments of parent-child bonding and Jolly Spaghetti’s newest video can attest to that “walang kasing-sarap feeling”! 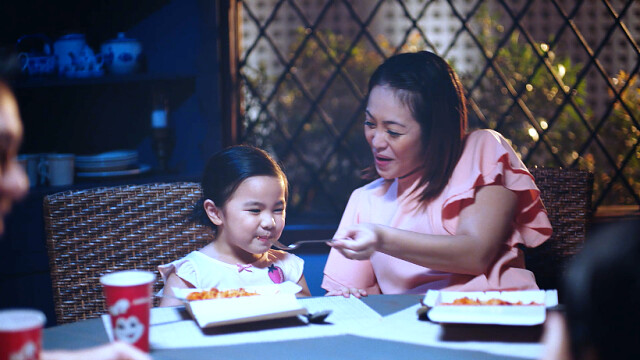 END_OF_DOCUMENT_TOKEN_TO_BE_REPLACED

Breastfeeding may be challenging but it’s so worth it! The bond that ties between mother and baby is something special and I wish every mother can experience that wonderful feeling. I was given a chance, for just a few months, and I would like to help in educating women on the importance of breastfeeding.