The latest Social Weather Station (SWS) poll showed that 4 out of 10 Filipinos or 44% are “very happy” with their lives while 37% of those 1,440 surveyed said they are also “very satisfied.”

The United Nations (UN) reported in March that the Philippines ranked the 69th happiest country in the world (out of 156). This is consistent with a Gallup survey, “which finds an increase in the percentage of Filipinos who consider their life positive enough to rate it as ‘thriving’ in recent years,” reported Forbes.

Interestingly, the country edged out China in the happiness rankings, considering the latter is the world’s largest economy, with a per capita gross domestic product (GDP) about four times higher than the Philippines. The country’s 2018 GDP was 6.2%, with all regions posting growth, the National Economic and Development Authority (NEDA) reported last month, noting that in the first quarter of 2019, the Philippines likely remains the 4th fastest growing economy in Asia.

As such, the happiness and satisfaction among Filipinos surveyed by SWS are indicative that the programs geared for inclusive economic growth are working. For example, the Philippines government improved the delivery of social services in the past two years, said Courtney Rickert McCaffrey, manager of thought leadership in strategy and management at consulting firm A.T. Kearney’s Global Business Policy Council. (https://www.forbes.com/sites/panosmourdoukoutas/2019/04/05/philippines-beat-china-in-happiness/#30d14b8826e3) 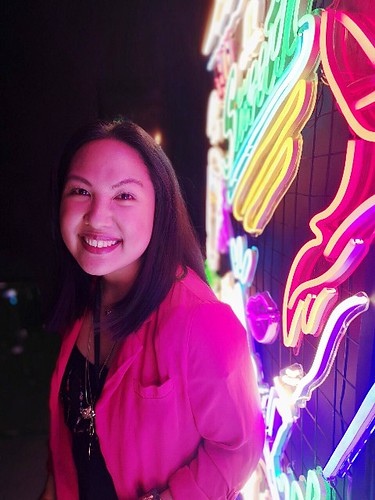 Psychologist Therese Castillo said the Filipinos are generally “happy people.” “If our people were as privileged as other countries, we may not have developed the coping skills distinct to Filipinos. Most Filipinos use humor as part of coping with problems and struggles.”

“Happiness is not just the absence of sadness or problems but is also related to the quality of life, well-being, pleasure and satisfaction. There are major areas of our lives such as our work, relationships, health and leisure (how we spend our free time) that impact our happiness,” added Dr. Castillo.

If happiness were based on these, then construction worker, Rodolfo Corpuz, is much happier. Corpuz attests that his life now is much better than before.

“I can say that my life is more comfortable now. I feel the ease and convenience of my life today, with my work, and so do my colleagues,” Corpuz said.

From earning PHP334 a day (USD6.45) weighing chemical ingredients used for various animal feeds, Corpuz now earns over PHP500 (USD9.66) daily (plus overtime) as a trainer for his fellow construction workers and as an assessor–roles he bagged after a rigorous set of trainings. Because of the opportunity he has now, his family is living more comfortably, Corpuz added.

Corpuz’s construction job is physically demanding, yet also in-demand these days as the Duterte administration prioritizes flagship infrastructure projects under its Build Build Build (BBB) program. Last year, BBB held its first job caravan, with more than 17,000 vacancies posted and over 5,200 were hired directly by employers. Twenty-eight of these flagship projects are eyed to be completed before Duterte’s term ends in 2022. 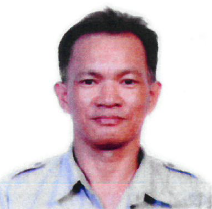 Californian Liana Meyer used to work for a non-profit organization doing fund-raising and donor communications when she first visited the Philippines’ Boracay in 2009. She returned to the country in 2011 and while sitting at the edge of a pool enjoying the warm sun and sipping a cool mango shake while her friends were in the water, that was when she thought to herself, “Why can’t I have this life? Nobody is stopping me except myself, and so in 2012, I walked away from my career in search for a greater adventure in the Philippines. I have lived here ever since.”

While settling here, Meyer had to deal with difficulties that took a toll on her mental and physical health. Instead of returning to the United States, Meyer stayed simply because she loves working and living here. Aside from the solid support system of friends and colleagues (both Filipinos and expatriates), she also discovered that the Philippines has world-class medical professionals that are far more accessible and affordable than in the US. Through such difficult experience, “that I found my faith in God. I was an atheist all my life before I moved to the Philippines. Years after living here, I discovered my faith and it is that, above all, now helps me cope with difficulties,” she revealed.

Dr. Castillo said “our ability to cope with or react to circumstances greatly affect our ability to be happy. We’ve experienced natural disasters and socio-economic struggles over many years and the Filipinos have come out strong and hopeful. Filipinos are generally hopeful despite poverty and lack of resources.”

Filipinos are generally supportive of each other, Castillo noted. “We’re sensitive to another person’s needs and feelings that other cultures may not have. We value the sense of community and support as Filipinos. At times of desperation and struggle, we hold on to these values that keep us strong and hopeful.”

Meyer said that it would help expatriates like her to have Filipino friends. “It’s true that Filipinos are very hospitable. I’ve met so many parents, siblings, titas and titos (aunties and uncles), and they treat me like family. I urge anyone though to only seek out these friendships if you intend to return the favor … You don’t need to be showy or give expensive gifts. You just need to show up … and don’t forget to bring food!” she advised.

But adventure, according to the 2018 US News & World Report, is another area where the country outranked China. Adventure can also relate to friendliness, fun, pleasant climate, and scenic beauty–characterizations that Meyer saw and experienced for herself being in the Philippines.

Meyer, who is now based in Cagayan De Oro with her fiancé, hopes that Filipinos continue to protect their heart. “Filipinos are a fun-loving and faith-filled people–qualities derived not from their circumstances, but their spirit. I’m so grateful to have had the opportunity to humble my heart and adopt this way of life.”